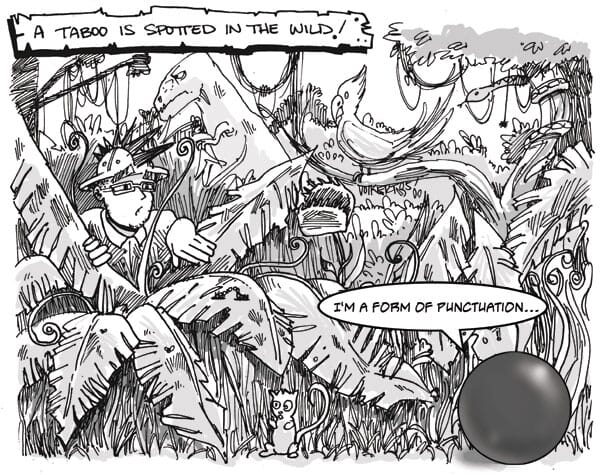 Brayton, on another one of his trips on foot around DeKalb, found a feminie item. A tampon. So he decided to write an article about his thoughts on periods.

Brayton's comic was always a challenge to draw for because he would always come up with so many things to portray visually. In this case, I had to think of a way to NOT portray thinks visually, cause I wanted to get the comic published and get paid like any other guy. So I came up with the idea of potraying the 'period' as a strange occurance in a deep jungle, showing Brayton 'Indiana Jones' style. My attitude on this one was to draw my ass off, and hope that the high level of work would allow the comic to be published (since the column managed to get by the editor). And it did. 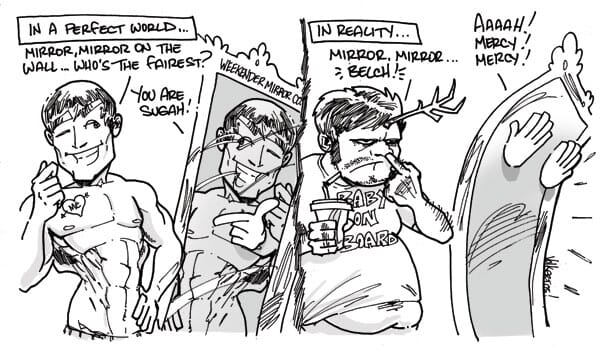 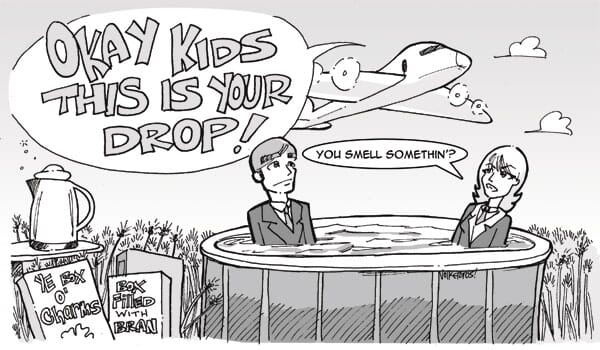 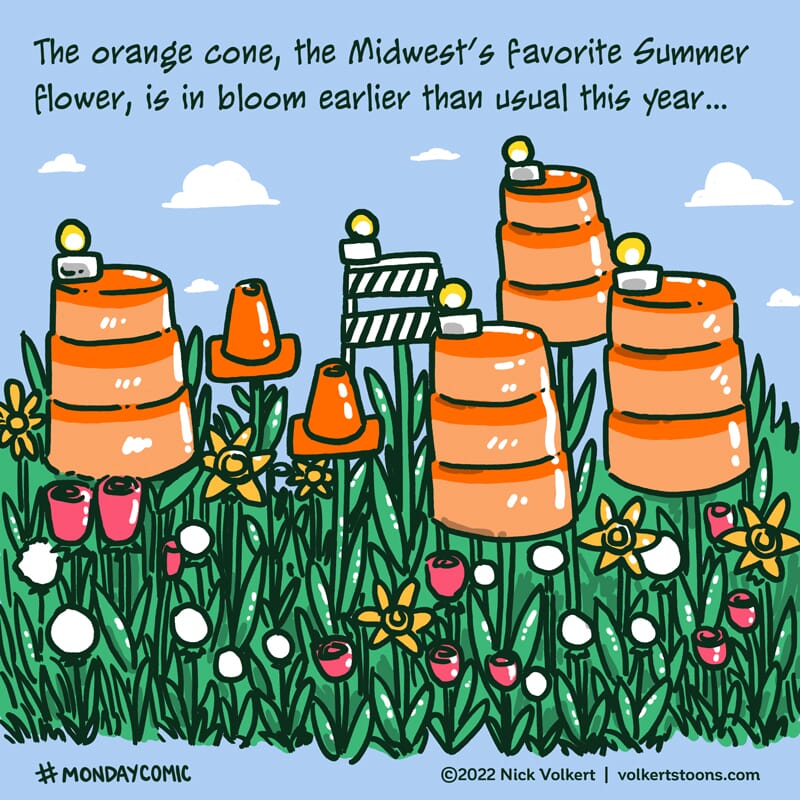 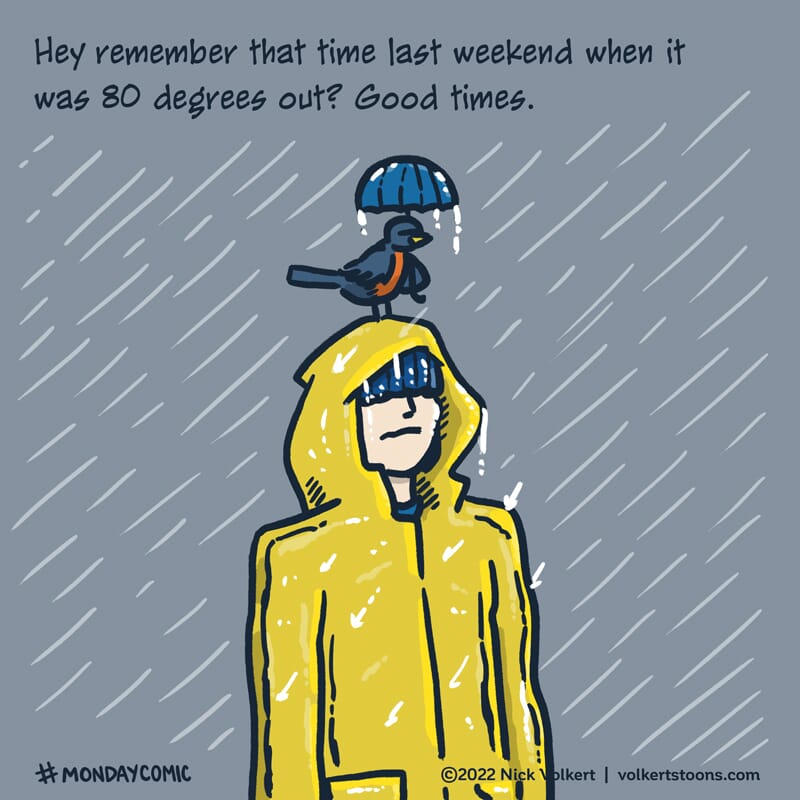 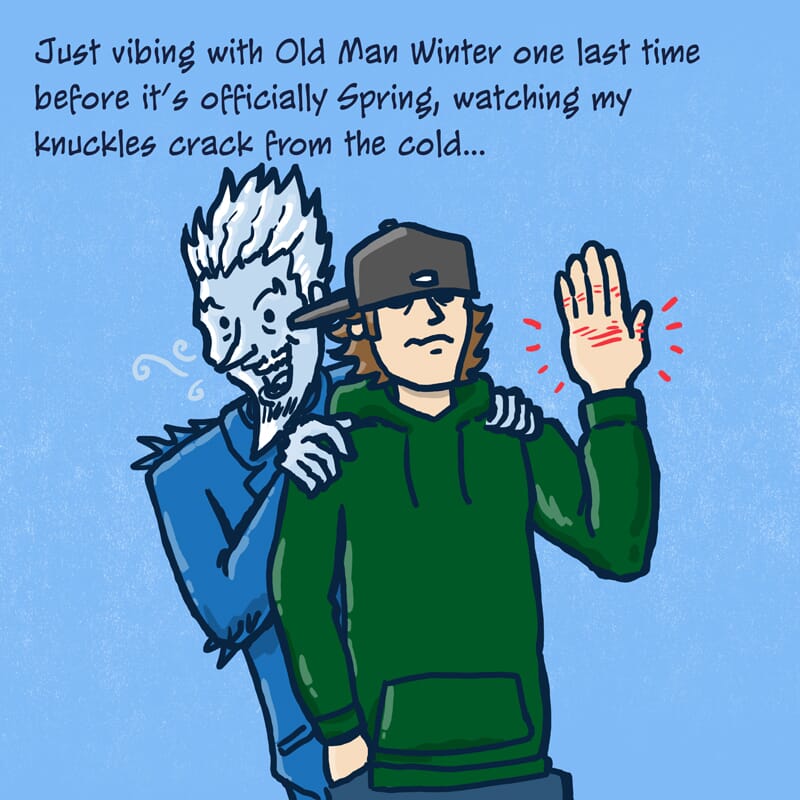 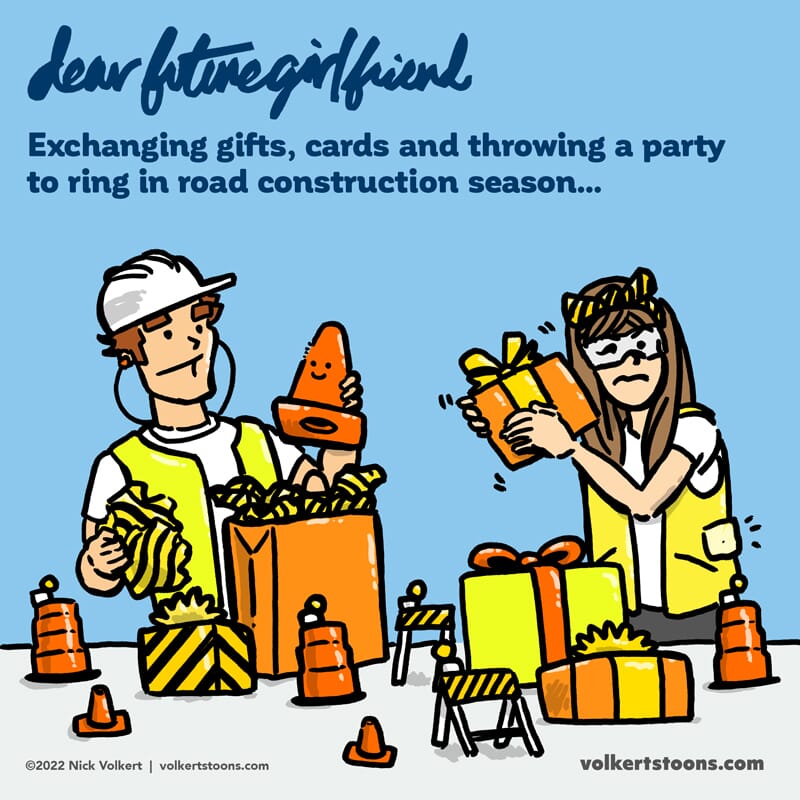 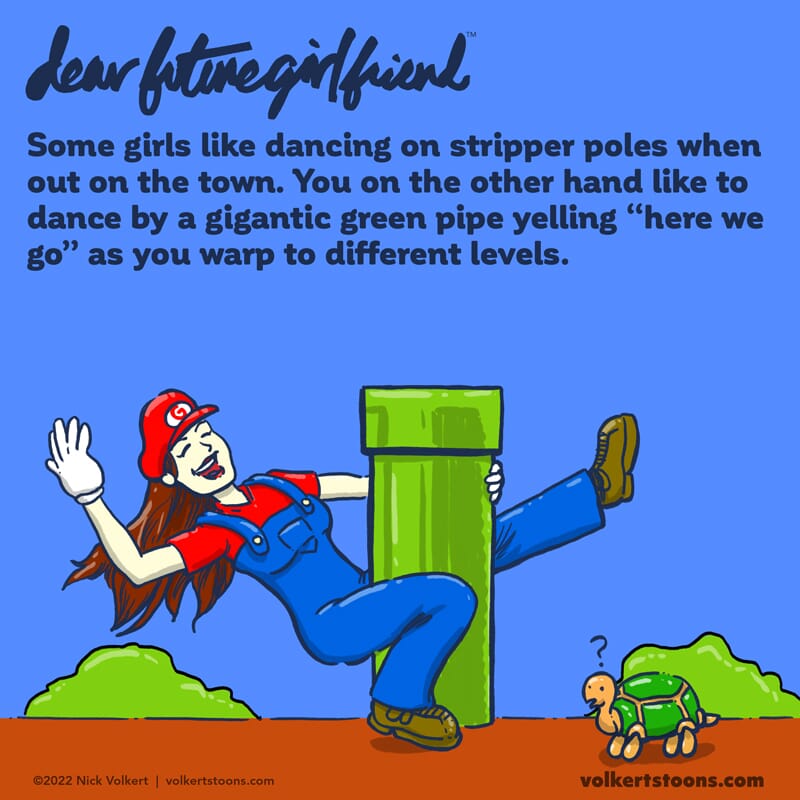 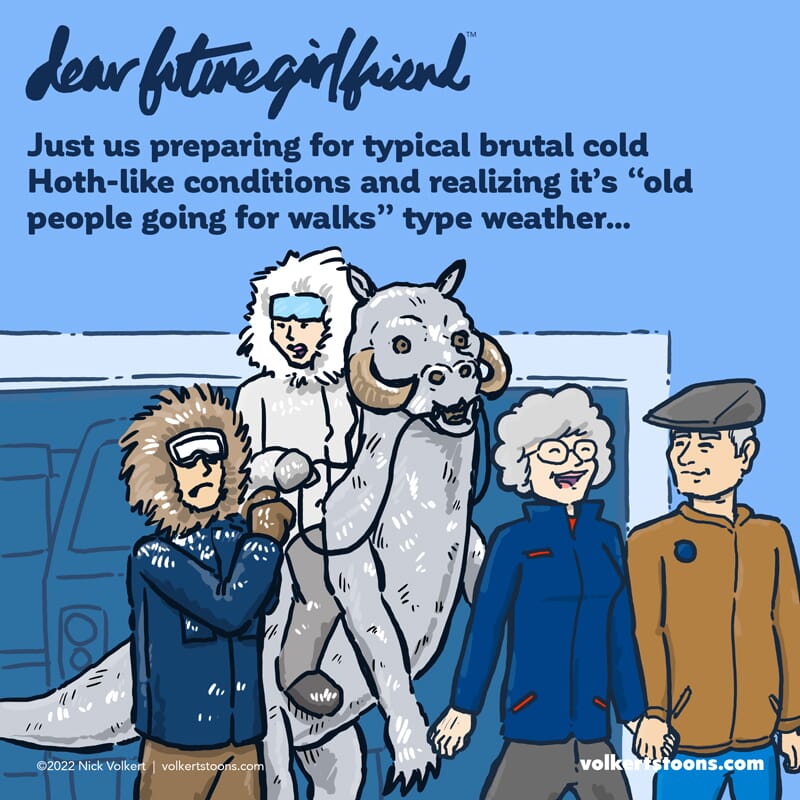 Decked out to battle the fringes of Winter, and here are the neighborhood old folk just going for a stroll. 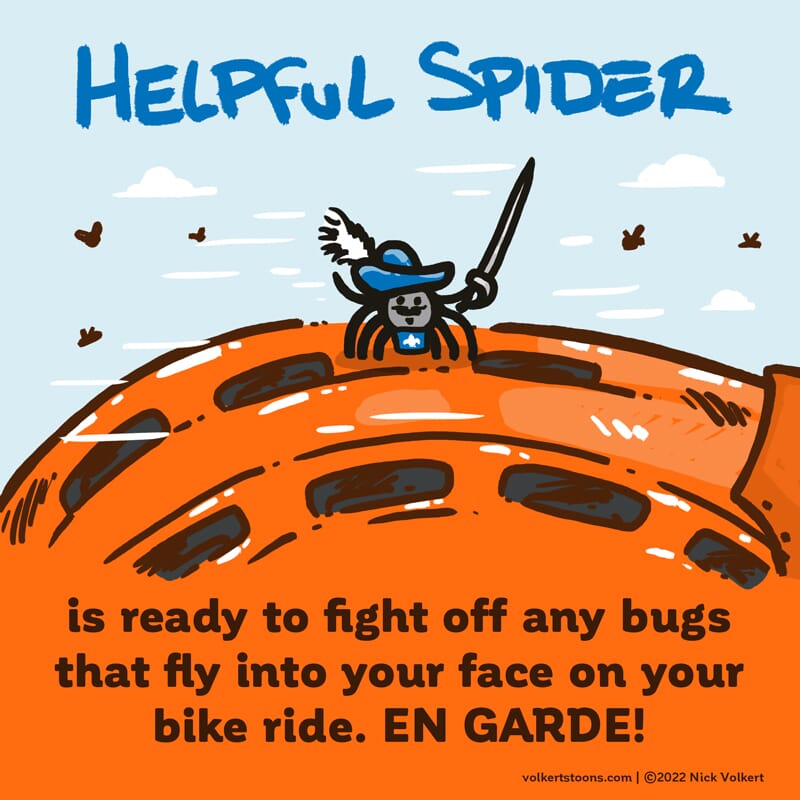 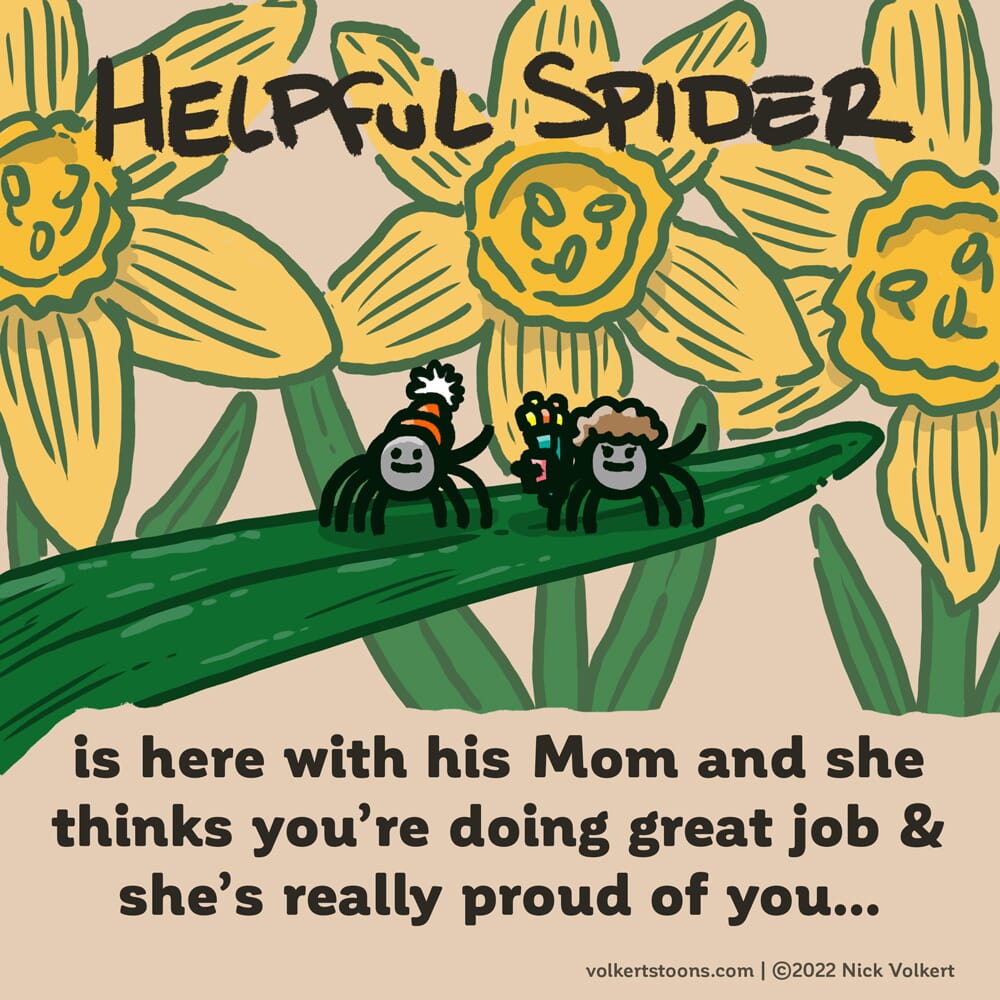 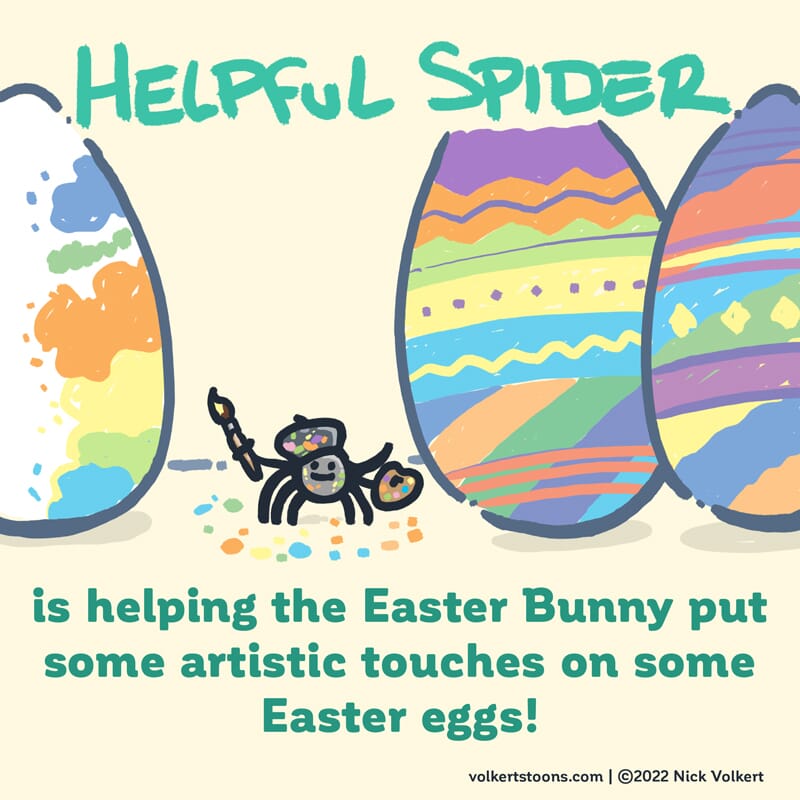 Helpful Spider is adding some last artistic touches to a few eggs for the Easter Bunny!